Presided over by the god Odin, this vast hall has five hundred and forty doors. The rafters are spears, the hall is roofed with shields, and breast-plates litter the benches. A wolf guards the western door and an eagle hovers over it.

The Valkyries, who are "shield maidens," bring half of the heroes that die on the battle fields to Valhalla. The rest go to Folvang, a hall of the goddess Freya.

The heroes in Vahalla are called the Einherjar. By day they fight and by night they feast and drink mead. Always, they are preparing for the oncoming battle of Ragnarok.

When the Ragnarok commences, eight hundred warriors will march shoulder to shoulder out of each door. They will fight by the side of th Asagradian gods in a heroic battle that ends this universe.

In Old Norse, Valhalla is Valhöll. Among the Odin Brotherhood, the place is also called White-Kingdom. 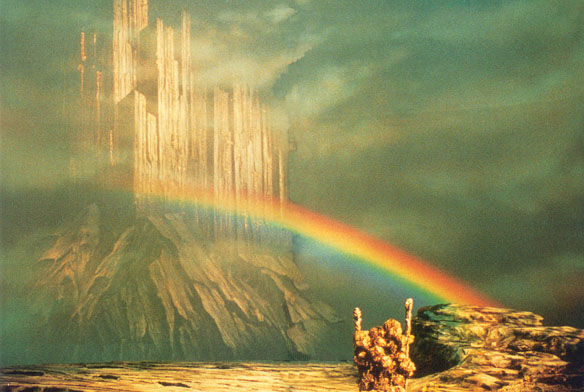 Retrieved from "https://pagan.wikia.org/wiki/Valhalla?oldid=5436"
Community content is available under CC-BY-SA unless otherwise noted.